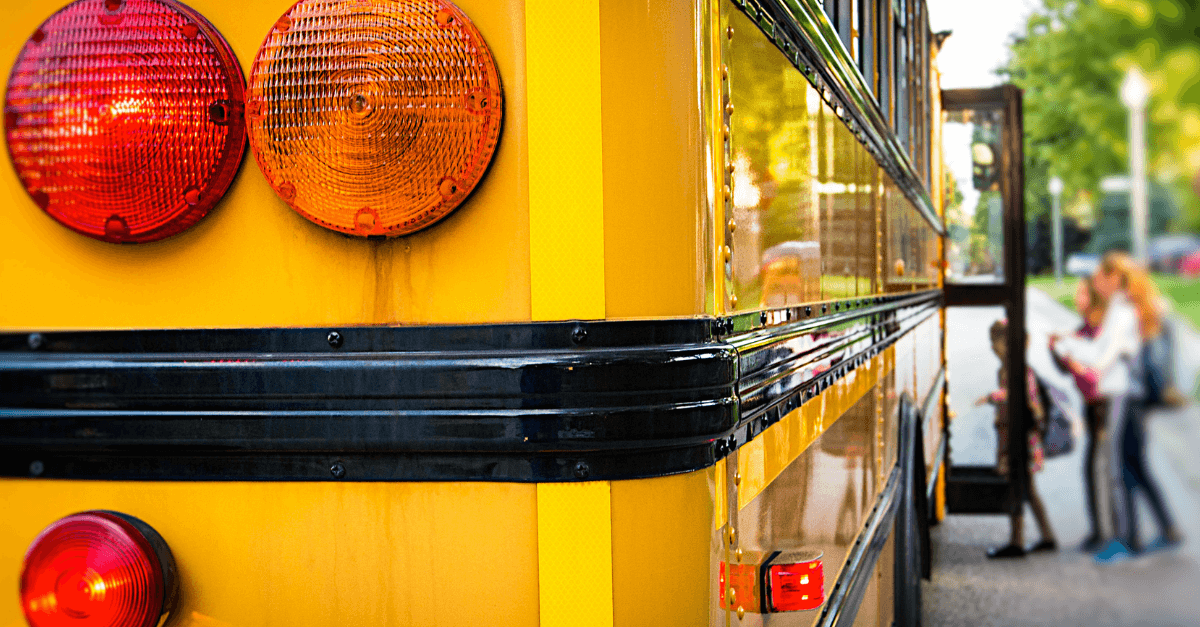 “[The data] was easily integrated into weekly admin meetings, staff consultations, common planning time, 504 referral processes, and individualized education program meetings. It assessed the whole child and helped us initiate conversations around kids not being successful if we weren’t looking at other variables outside of academics as well.” – Lyndsey Killilea, SEL Coordinator, Lowell Public Schools

Lowell Public Schools is one of the largest school districts in Massachusetts and is home to more than 14,000 students from pre-kindergarten through 12th grade. The district has a diverse population of students: 35% of which are Hispanic, 28.2% of which are Asian. The district has identified 76.9% of their population as “high needs,” 63.3% are classified as economically disadvantaged, 33.9% of students do not have English as their first language, and 24% are English Language Learners. The diversity of the student population alongside a goal to be “the best school district in the Commonwealth,” drives Lowell’s strategic plan centered around equity, excellence, and empowerment.

As part of this plan, the district started focusing on the importance of the relationship and balance between academics, mental health, and social and emotional competence of students. With that focus, SEL Coordinator Lyndsey Killilea knew she had to bring social and emotional learning (SEL) to the forefront.

“We all know if we feel better mentally, we’re going to be more successful. We as providers of school supports have that lens for making a case for this work to be just as important as a preparation program because if we’re seeing the model for measuring success in schools is solely based on academic assessments, is that really saying we value mental health and social and emotional learning?”

With her previous work in special education social work, Lyndsey’s passion lies in addressing students’ emotional and behavioral needs using data and evidence-based supports. In addition to her efforts to support the district’s strategic plan, Killilea also wanted to address the issues of attendance and behavioral infractions. Knowing the impact SEL can have on academics, mental health, student behavior, and engagement, Lyndsey knew that it would be an integral part of how she would serve her students but needed to find the right tools to best support them and her fellow staff members.

“When finding an SEL program you’re really excited about it is easy to get caught up in the easiest, fastest, or cheapest way to get from point A to point Z. I wanted to jump into implementation as soon as possible but soon realized I needed a plan and to start with a pilot program to test if what I wanted to implement would make a difference,” Lyndsey explained.

Finding a tool like the Aperture System, which includes the DESSA, the leading strength-based social and emotional assessment for K-12, helped to prove the work of SEL in a district model because it was flexible and malleable for the 28 schools Lyndsey was supporting.

Watch this video or keep reading to learn how Lyndsey Killilea of Lowell Public Schools:

Proved SEL was worth investing administration and educator time into

Assessed areas of learning that were not measured previously

Is continuing to inform curriculum decisions with SEL data

The Proof is in the Pilot

The pilot started at one of the district’s highest-need middle schools with 600 students. For the pilot, Lyndsey identified a pre-existing problem within the district – low attendance and high behavior infractions on early release days. She asked herself how implementing SEL may impact those statistics.

To get started, Lyndsey looked at existing data that the district had gathered. “I took the data over the course of our eight early release days four years ago and was able to track why students were willing to come to school and behave on those early release days. By implementing some of our SEL curriculum and strategies from Aperture, I could prove on a smaller level to the building principal and administration team that if teachers took 40 mins one day a month to build relationships with students it would get our engagement and attendance up and prevent behavior infractions. That’s what spiked their whole way of saying ‘you know what, maybe she’s on to something.’”

Deciding upon how much time educators should spend on the intervention was another strategic decision she had to make in order to gain their buy-in. “I had to be realistic. If I would’ve said that I wanted [40 minutes of educators’ time every day,] that’s not realistic. I would have had no stakeholders. I knew if I took something as wonky as our early release days where our administrators were already pulling their hair out because they have less time but had more absences and behavior problems, I could get buy-in. By taking a little problem, a hole in our boat, and wanting to plug it, they were willing to say, ‘okay sure, do what you want on those days.’ I took it, ran with it, and showed them there is proof we can be preventative with our SEL strategies.”

Lyndsey also ensured her colleagues felt prepared to utilize SEL within their classrooms. “I lead various professional development opportunities with staff throughout the district to enhance their knowledge of SEL, the focus being on how to embed and integrate the model at the classroom, school, or district level,” said Lyndsey. “Having differing solutions for the K-8 and 9-12 levels really helped teachers understand that we were approaching SEL at their students’ level.”

The pilot program resulted in a 47% attendance increase. After seeing success from the pilot program, Lyndsey Killilea knew that expanding the district’s SEL programming during the COVID-19 pandemic would be a big ask of administration, educators, and support staff, but would have big rewards.

“I needed to show how the Aperture System was going to meet the needs of different student populations,” said Lyndsey.

When thinking about how to present SEL as a district-wide initiative, Lyndsey first asked herself to identify the goal of what she was asking for. For her, it was finding proof for the district, the staff that she works with, and the parents in the community that all students need some social and emotional support.

“Getting buy-in and the word out about SEL was essential to successful program implementation. The district superintendent was hesitant and wanted to wait until after the pandemic. But I put together a slide deck to really show what our pilot program did for attendance and behaviors. There were no ifs, ands, or buts — people couldn’t not buy in after seeing the data point on the 47% attendance increase,” said Lyndsey.

Teachers at the remaining schools were initially hesitant of another educational initiative being thrown at them that could quickly fall by the wayside, but Lyndsey was transparent with her future plans.

“I shared that I had the funding and wanted to give the program a go. I told them that I thought it would prove itself but couldn’t promise it would be a staple in the district. I did tell them that I would do my best to make the training worth their time and come back to it as much as I could.”

Another element of teachers’ hesitancy was their lack of time.

“I tried to reiterate that the DESSA-mini only took one to two minutes and the full DESSA [which is only completed for students identified as in need of instruction] takes between 5-8 minutes. I also explained how the information we gained from the assessments would give us so much to look at that it should be worth their time.”

“Another way we showed teachers the value of the Aperture System was by explaining it was more than just an assessment tool, it included strategies tailored to grade levels aligned within the CASEL framework [which we follow]. And that teachers could go in at their leisure to explore the strategies provided through the platform. Letting educators know they had resources to support them once they identified students in need was an important part of our rollout.”

Once educators had assessed students, Lyndsey and her colleagues were able to use the data in the Aperture System to inform decision making.

“We looked at the Aperture 8 competencies to see how students were measuring in each area. If we saw a trend in the data that a competency [had a need for instruction], we flagged it as an area where we needed to provide additional supports to develop that skill,” said Lyndsey.

Lyndsey explained educators also went back to look at the roots of the questions students were showing [a need for instruction in] to understand what they should be teaching in lessons and activities.

She also encourages others who are planning their implementation rollout to define what they are hoping to see from the data they gather over time and doing the screening semi-regularly in order to monitor students’ progress toward those goals.

“We were looking at growth in competencies which helped guide our timeline. We did the DESSA-mini screener in the fall, winter, and spring as checkpoints.”

Those checkpoints led to ongoing support of students through school-based supports and conversations with parents. “We established datapoints in areas that were not assessed or measured previously. After various rating periods we could see the validity of teachers’ answers using the data tool to measure student progress in SEL,” said Lyndsey.

She shared that being able to comment on benchmarks with real data points that were already generated through the Aperture System revolutionized student support advocacy.

“Having data at the student and school level helped us when we were talking with parents who may have pushed back saying their child was fine. Many families in our district didn’t want to acknowledge certain problems or admit what they were seeing. Being able to reference a particular competency score that [showed a need for instruction] or that kept coming up made it easier to guide conversations about how to best meet the needs of their child[ren],” said Lyndsey.

“A lot of the work I do is figuring out how to use the data once we have it,” said Lyndsey. “It was easily integrated into weekly admin meetings, staff consultations, common planning time, 504 referral processes, and individualized education program meetings. It assessed the whole child and helped us initiate conversations around kids not being successful if we weren’t looking at other variables outside of academics as well.”

Lyndsey said mapping her implementation plan out in full has helped the Lowell School District inform interventions at all levels.

“From Tier 1-Tier 3 there’s a DESSA strategy available we can use. I’m looking forward to gathering more data on students as we continue to use Aperture. With so many variables, like switching between in-person, virtual, and hybrid learning, I am interested in continuing to look at the data reports.”

Going forward, Lyndsey said she is also excited to continue to improve the district’s opportunities to support SEL.

“We’ll be asking ourselves if we have intervention blocks in our schedule and tutors to do pull out groups [based upon DESSA scores] among other additional supports. I want to focus on competencies that aren’t making progress and how we can continue to support those students,” said Lyndsey.